Patricia’s brilliant career has already given rise to a considerable amount of concert tours throughout the world attracting the interest of the press, that has described her performances as “set apart by consummate musicianship, confident technique and elegant interpretation that manifested itself across the wide range of repertoire on her program”, “tremendous energy and precision”, “clean, sensitive playing”, “originality, genius, mastery, virtuosity, interaction with the listeners”. 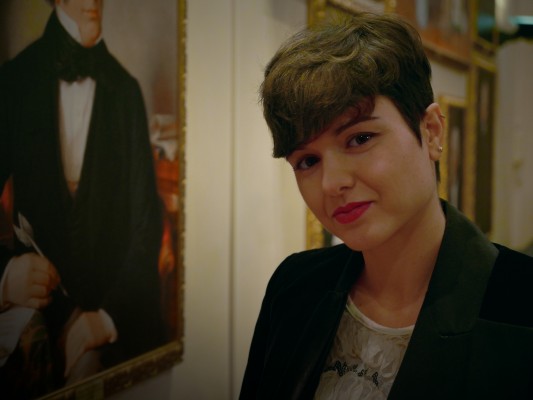 In Spain, she is a fortepiano artist in the roster of Youth Musicians (after winning the first edition of their well-stablished annual competition that included the fortepiano in the category of Early Music instruments and ensembles), have taught fortepiano masterclasses and her concerts have been showcased by the National Radio and Radio Catalunya; in France, she is a regular guest of the Early Music series at Royaumont and L’Abbaye aux Dames, where she will be artist-in-residence during the summer of 2023 (through the Odyssée Art Residencies supported by the French Ministry of culture); in the Netherlands, she is regularly invited to perform at the Geelvinck Fortepiano Festival; in Italy, where she specialized in fortepiano, she frequently performs at the Bartolomeo Cristofori Academy, the Villa Bossi, the APM Saluzzo, and the Karl Jenkins Association; in China, she has performed and recorded for the radio at the Hong Kong Baptist University; in the USA, she has performed and presented at the conferences organized by the American Musical Instrument Society (AMIS), the Historical Keyboard Society of North America (HKSNA), the Westfield Center for Keyboard Studies, the Sigal Music Museum, the online series International Fortepiano Salon. In June 2022, she was presented at the Berkeley Early Music Festival as an Early Music America Emerging Artist. EMA has also been incredibly generous by awarding her with the Summer Scholarship to attend the Academy of Fortepiano Performance.

Patricia believes to be a complete musician one must extend themselves in many forms of art. In addition to fortepiano, she plays a wide repertoire of modern piano, including solo, chamber and orchestral music. She is also an actor, appearing in plays regularly and she helps create shows which combine music, painting, and theatre. With her repertoire choices and research, she strives for inclusion, diversity, equity, and accessibility by enhancing the profiles of underrecognized female composer-pianists, outreach to audiences who tend to connect rarely if at all with classical music performance, the integration of verbal and musical modes of informing listeners, and the harnessing of video and internet media to reach a potentially unlimited online audience. Finally, she finds great joy in giving back through teaching masterclasses.

From Fall 2021, she is a Teaching Assistant and DMA student at the University of North Carolina at Greensboro under the tutelage of Dr. Andrew Willis. Patricia has been named a Minerva Scholar, the highest recognition a doctoral student can receive at UNC Greensboro. She is also a member of the Board of Directors of the Historical Keyboard Society of North America.